It is mostly nurture that human people act differently. In some cultures you are learned to be direct and frank, in others you are taught to be as circumstantial as possible. If humans define situations as different, these differences has consequences. This is one of the profound problems in the world because most people problemize these differences, even calling an other human rude or not trustworthy, just because they differ in approach. Ending up in violence. The underlying problem is that most humans have a moralistic judgement on the differences and than stop thinking. How different would the world have been if we don’t take our differences for granted but try to understand different people. This is only possible when we don’t take ourself and our behavior for granted. And that is a basic problem, most humans derive their “being” on what they think is truth, so they will never do that. It seems to be very existential to be like that, we talk about 99% of human beings. They love war and being right in themselves more, than simply ask the questions: who are you and where are you coming from..
So fuck you all. 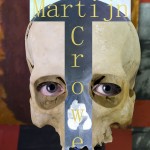